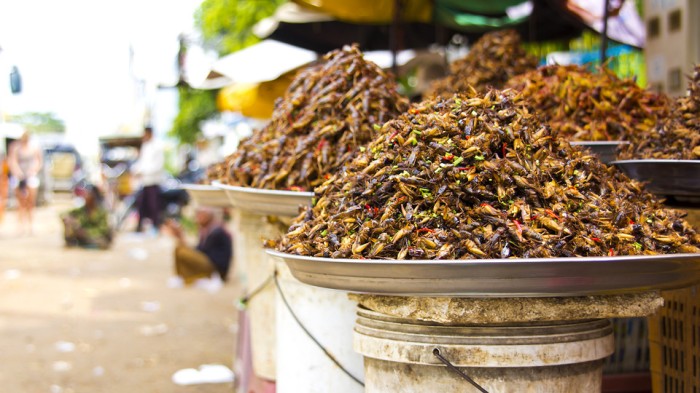 A Grand Plan For Feeding The World With Insects
BY BEN SCHILLER, fastcoexist.com

We need more protein for the developing world, but we really don’t need to be raising more livestock. The solution might be buzzing around your head right now.

How do you feed 9 and half bil­lion peo­ple with­out destroy­ing the plan­et? Accord­…

Up to 50 Percent of All Food Produced is Thrown Away
Tafline Laylin, inhabitat.com

Researchers with the Institution of Mechanical Engineers (IME) has released their findings that between 30 to 50 percent of all food produced or up to two billion tons is thrown away each year. The UK-based group claims that over-cautious sell by…

RT @inhabitat: A new report finds that as much as 50 percent of all the food that’s produced in the world goes to waste http://flip.it/caVd6 http://flip.it/lc6nb